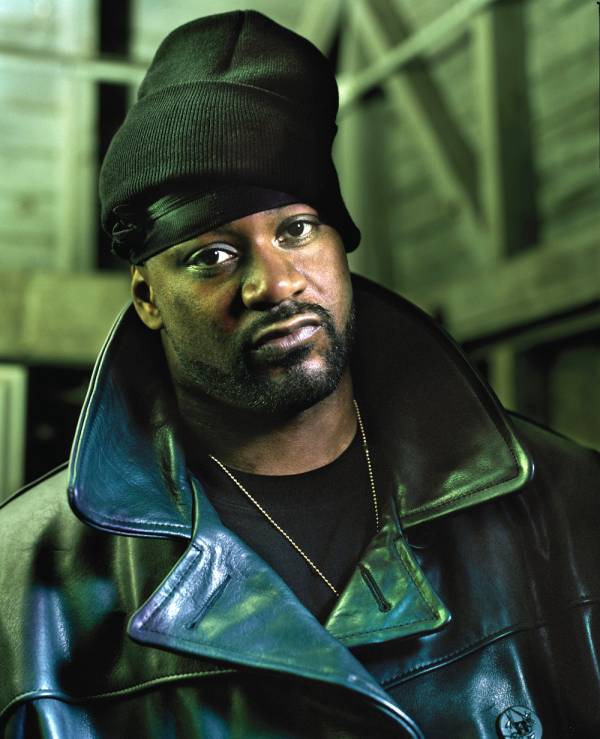 Whether judged strictly by his work with Wu-Tang Clan or as a solo artist, Ghostface Killah is an indisputable giant. A masterful storyteller whose range extends from graphic crime fantasies to stirring autobiographical recollections, the rapper first appeared with his Staten Island group's trail-blazing Enter the Wu-Tang (1993) and started building a vast solo discography with Ironman (1996). His platinum-certified debut strengthened a partnership with the RZA, whose bracing mutations of dusty soul have either soundtracked or influenced much of his best output. After an occasionally commercial early period with Epic that yielded a second classic, Supreme Clientele (2000), Ghost moved to Def Jam, where he released six additional solo LPs highlighted by his fourth Top Ten pop album, Fishscale (2006). Throughout the following decade, Ghost added to his legacy with a series of creatively unrestricted works, many of which were whole-album collaborations, conceived with the likes of the RZA-inspired Adrian Younge, BadBadNotGood, and Czarface. These included the two-volume Twelve Reasons to Die (2013 and 2015), Sour Soul (2015), and Czarface Meets Ghostface (2019).

The rapper born Dennis Coles emerged from his native Staten Island as part of Wu-Tang Clan, who released their first single in 1992 and became one of the strongest hip-hop institutions the following year with Enter the Wu-Tang (36 Chambers). On the album's fifth and final single, "Can It Be All So Simple," Ghostface rhymed about his intent to "make more hits with Rae and A," singling out fellow Wu-Tang members Raekwon and the RZA. He quickly achieved his goal. In August 1995, a few months after Enter the Wu-Tang was certified platinum, "Tony Starks (Ghost Face Killer)" was billed as guest star on Raekwon's RZA-produced Only Built 4 Cuban Linx. Among the tracks featuring Ghost were the preceding lead single "Heaven & Hell," a remix of "Can It Be All So Simple," and the Top Five Billboard rap hits "Criminology" and "Ice Cream." During the same year, Ghost linked with Raekwon and RZA on other Wu-Tang projects, namely Ol' Dirty Bastard's Return to the 36 Chambers and GZA's Liquid Swords, and took part in the making of yet another classic, Queensbridge duo Mobb Deep's The Infamous. These appearances, plus subsequent headlining contributions to the soundtracks of Don't Be a Menace to South Central While Drinking Your Juice in the Hood and Sunset Park, primed Ghost for his own solo breakout.

Signed to major-label Epic via an arrangement with RZA boutique label Razor Sharp, Ghostface Killah became the fifth Wu-Tang member to release a solo album when Ironman was racked in October 1996. Continuing Wu-Tang's unprecedented spate of spin-off releases, the LP entered the Billboard 200 at number two and topped the R&B/hip-hop chart. RZA served as producer. Raekwon and Ghost's fellow Razor Sharp signee Cappadonna were featured throughout. Its deep R&B foundation and wide emotional range were promoted in the choice of singles, including the strong-arming and deceptively intricate "Daytona 500" (assisted by the Force M.D.'s) and the bleak autobiographical ballad "All That I Got Is You" (featuring Mary J. Blige). The album was certified gold within three months (and years later went platinum). Between one-off featured roles and his group's return with Wu-Tang Forever, Ghost put solo activity on hold. He and RZA also spent time in Africa, an experience that fueled the writing of Supreme Clientele, the second Ghostface Killah LP. Production-wise, RZA handled a few tracks on his own and vacated his seat for affiliate beatmakers such as Ju-Ju (the Beatnuts), Hassan (the U.M.C.'s), and Carlos Bess, though he did touch every cut in some capacity. The album went Top Ten pop and number two R&B/hip-hop upon its February 2000 release, and shortly thereafter went gold, pushed by "Apollo Kids" and "Cherchez LaGhost," both of which charted.

"Cherchez LaGhost" actually became Ghost's biggest single as a lead artist -- a number three hit on Hot Rap Songs. That song's comparatively lighter approach carried into Bulletproof Wallets, which rather expeditiously arrived in November 2001 as Ghost's third solo album. Like "Cherchez LaGhost," "Ghost Showers" was built on one of August "Kid Creole" Darnell's high-spirited compositions, and was almost as successful, topping out at number 11 on the rap chart. Veering even farther away from RZA-style grime was another single, "Never Be the Same Again," a smooth contemporary R&B production with then-hot Bad Boy artist Carl Thomas on the hook. Only four weeks after the album's arrival, however, Wu-Tang Clan returned again with Iron Flag, highlighted by the hard-hitting "Uzi (Pinky Ring)," on which Ghost was back in his familiar raw form. Ghost's next move, The Pretty Toney Album, issued in April 2004 as his first full-length for Def Jam, gunned for pop success with the Missy Elliott collaboration "Tush." It was otherwise more street-oriented than Bulletproof Wallets, outfitted with tougher productions from the likes of RZA, No I.D., Nottz, and K-Def. Only a few months after it became Ghost's third album to reach the pop Top Ten, the group Theodore Unit -- primarily an outlet for Ghost and Trife da God, but open to several other artists -- released the album 718 on the independent Sure Shot label. Theodore Unit ground to a halt, but not before welcoming Sun God, Ghost's son.

Ghost's Def Jam phase was productive. In 2006 alone, he released his second and third albums for the label. First was Fishscale in March, trailed by More Fish in December. The former was particularly successful, landing within the Top Ten of the R&B/hip-hop and Billboard 200 charts, and both featured some of his best collaborations with R&B artists, such as "Back Like That," with Ne-Yo, and a version of Amy Winehouse's "You Know I'm No Good." The production personnel on the albums included Pete Rock, MF Doom, J Dilla, Madlib, and Hi-Tek, all revered veterans. Three additional Def Jam albums followed during the next five years. The Big Doe Rehab had the misfortune of being released only one week before Wu-Tang Clan's 8 Diagrams in December 2007. Ghostdini Wizard of Poetry in Emerald City, a highly libidinous set, followed in September 2009. The Def Jam alliance concluded in December 2010 with Apollo Kids, a brief and patched-together collection with Busta Rhymes, Black Thought, and Jim Jones mixing it up with Wu-Tang members. Production credits for these later Def Jam LPs were quite variable, with only Fishscale collaborators LV & Sean C present on all three. Between the release dates, Ghost unloaded guest verses by the bushel, most effectively on Raekwon's well-received Only Built 4 Cuban Linx...Pt. II. He also put together Wu Massacre with Rae and Method Man.

Ghost's recordings throughout the 2010s, supported by a series of independent labels including RZA's Soul Temple, tended to be conceptual and/or whole-album collaborations that enabled him to indulge in the rapper's love of pre-disco R&B. During these years, Ghost also participated in various Wu-Tang Clan and related projects, such as the proper album A Better Tomorrow. He lengthened his solo discography with Twelve Reasons to Die and its sequel, both of which were produced by Adrian Younge with giallo scores and dark psychedelic soul epics in mind. (The Brown Tape, an alternate version of the first volume, was produced by Apollo Brown.) Issued respectively in April 2013 and July 2015, the Twelve Reasons LPs preceded and followed the December 2014 release 36 Seasons, for which Ghost worked extensively with the Revelations, and the February 2015 arrival Sour Soul, recorded with another retro-contemporary act, BadBadNotGood. During the next few years, Ghost was active mainly in supporting roles on tracks by Raekwon, RZA's Banks & Steelz, Dabrye, and Logic (the last of whom orchestrated the posse cut "Wu-Tang Forever"). In February 2019, Ghost returned with Czarface Meets Ghostface, a collaboration with 7L, Esoteric, and Wu-Tang's Inspectah Deck. Solo album Ghostface Killahs, featuring guest appearances by several Wu-Tang members and production by Danny Caiazzo, was released by Music Generation Corp. later in the year.