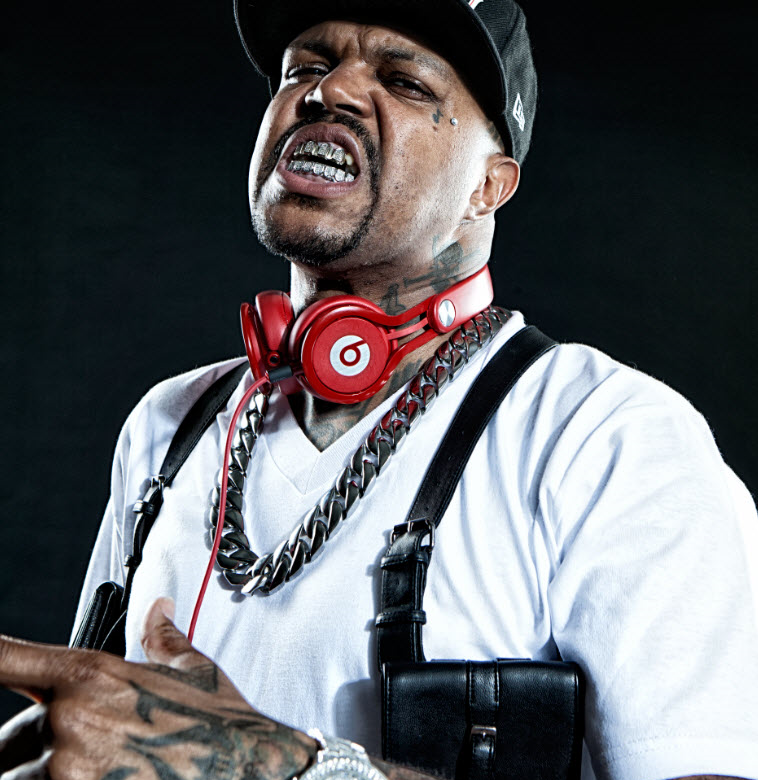 Academy Award winner. Reality TV champion. Platinum Plaque earner. With a resume like this, it would appear that there is very little DJ Paul a.k.a. Paul Beauregard a.k.a. co-founder of legendary Memphis rap group Three 6 Mafia has left to accomplish in his illustrious career.

In the past five years alone, Paul has collaborated with the likes of 2Chainz and Future, French Montana, Leikeli47, Lil Jon, ASAP Ferg and the U.K.'s Giggs. Coming off of a five-times Platinum project with Drake's Scorpion album in 2018, Paul continued a hot streak with a #1 Billboard appearance on Trippie Redd's A Letter To You 4 project. His 2020 releases have included collaborations with Yelawolf, Riff Raff, T-Pain, Oplus Seed of 6ix and more. In 2021, Paul collaborated once again with Yelawolf on the Slumafia album, bringing fans an exciting array of tracks. New collabs this year include Young Buck, Krayzie Bone and more.

In addition to investments in real estate and a promising new restaurant coming soon in Los Angeles, DJ Paul is also a principle investor in the world's #1 rated gaming crew Faze Clan. He also launched his own Mafia Radio, which initially broadcast in association with Dash Radio before moving to Hot New Hip Hop in its third season.